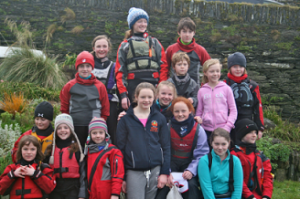 It was a very good week in Baltimore with The George represented in all fleets.

It was a very good week in Baltimore with The George represented in all fleets. We had some seasoned sailors who were attending Baltimore for the last time as they will be moving on up in their sailing careers. We also had some sailors who were attending for the first time including Peter Williams who was the youngest sailor at the event. The weather was mixed throughout the week ranging from 3 knots with fog on one morning to 24 knots one afternoon. However, we managed to sail at some point every day. It was a great opportunity for our parents to meet up and we all got on very well in some cases forging new friendships that should stand to us as we travel around the country. We had quite a few winners at the end of the week. Our winners were:

Once again, IODAI did a great job in putting the training week together in Baltimore. They are always looking for help when organising these events so if anyone has some time to spare and could help out. Don’t be shy.