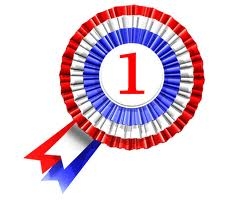 The Irish Sailing Association (ISA) has revealed the 25 nominees in contention for its six prestigious annual awards. The RSGYC was nominated for the ISA Mitsubishi Motors Club of the Year Award.

The awards will be presented at the ISA 7th Annual Awards Ball in the Royal Marine Hotel, Dun Laoghaire, Co. Dublin on the 2nd of March as hundreds of members and supporters of the Irish sailing community come together for one evening of celebration. 2012 was an incredibly successful year for Irish sailing as 11 sailors competed at the London Olympic and Paralympic Games and dozens of medals were claimed at events around the world. This has been represented in the calibre of nominees.

The female star of Irish sailing Annalise Murphy will go head-to-head against two other outstanding nominees for Sailing Achievement of the Year, kindly supported by BHP Insurance. Fellow ISA Olympic  teammates Peter O’Leary and David Burrows earned their nod when they won gold at the pre-Olympic ‘Sail for Gold’ regatta which took place less than two months before the Games at the Olympic venue in Weymouth. But both contenders will face stiff completion from the third nominee; offshore sailor Damian Foxall who was Watch Captain on Groupama, winner of the 2011-2012 Volvo Ocean Yacht Race.

New to this year’s awards is the collaboration between the ISA and Mitsubishi Motors for the ISA Mitsubishi Motors Club of the Year Award. This award will be presented to the club that has significantly developed in raising the profile of the sport, improved safety standards and developed initiatives to grow membership and community inclusion. Amongst the nominees is the Royal St George Yacht Club who welcomed 350 youth sailors from 63 nations to Dun Laoghaire last  July as they hosted the Youth World Sailing Championships along with three other Dun Laoghaire clubs. Also nominated in that category are UCD Sailing Club who won the Student Yachting World Cup last November and Wicklow Sailing Club who hosted the 17th Round Ireland Yacht Race during the summer.

Paving the way for future Olympic successes are the incredibly talented youth sailors who are rising through the ranks of the ISA Olympic Pathway Programme. Among them is Laser Radial sailor Finn Lynch who claimed silver at the Youth World Sailing Championships last summer giving Ireland its best ever result at the championship. He has been nominated in the category of Youth Sailor of the Year, supported by Dun Laoghaire Harbour Company, along with Sarah Eames from Co. Down, Dougie Power from Co. Waterford and Harry Whitaker from Co. Cork. Other awards on the night include Volunteer of the Year, Instructor of the Year and Training Centre of the Year.

As the most exciting annual social event for the Irish sailing community, the ISA 7th Annual Awards Ball provides a platform for the ISA to officially acknowledge and commend some of the outstanding contributors to sailing over the past 12 months. ISA Chief Executive Harry Hermon remarked “We’re delighted to host this event for the seventh year to honour Ireland’s talented and dedicated sailors. 2012 was a phenomenal year for us and we’re proud to publicly recognise the accomplishments made by some of our champions”.

And the nominees are:

For more information on the event see http://www.sailing.ie/AwardsBall.