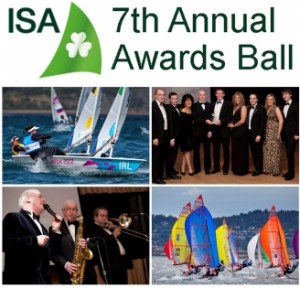 The ISA invites its members and all supporters of Irish sailing to come together for one night of celebration as we pay tribute to some of the outstanding contributors to our sports at the most exciting annual social event for the Irish sailing community.

Last year was an incredibly successful year for Irish sailing. 11 sailors represented Ireland at both the London Olympic and Paralympic Games, dozens of medals were claimed at events around the world and we played host to such high-profile events as the ISAF Youth Worlds, Volvo Ocean Race Finale, Tall Ships Race, and the MOD70’s to name but a few.