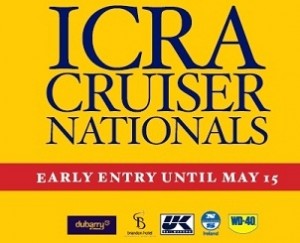 The ICRA National Championships are coming up fast from June 13th to 15th in Tralee Bay Sailing Club in the unique sailing waters of Tralee Bay.

All the ingredients are in place for a high calibre event to decide 2013 National Champions in Classes 0, 1,2, and 3.

The top boats from all Coasts are entered and with the final entry date of 4th June looming there is still time to join our second Nationals on the West Coast.

Anthony O Leary’s Antix has been building her offshore program taking part in Myth of Malham RORC race this weekend with Olympian Peter O Leary calling the shots on board.She will also compete in Dun Laoghaire to Dingle en route to ICRA Nationals in Fenit and later is entered for the Fastnet Race all building towards the Brewin Dolphin Commodores Cup in 2014.

Antix domination in recent Nationals will be challenged by Conor and Denise Phelan’s Jump Juice who have been observed training hard in fresh winds outside Cork Harbour recently with Prof putting the crew through their paces.

It promises to be a great Class 0 battle.