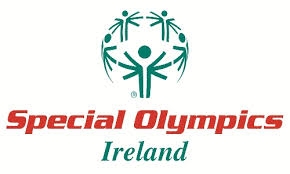 The Royal St. George Yacht Club in Dun Laoghaire was approached by Orla Callander and Gerry Harvey to organize a fundraising race in aid of The Special Olympics. With a busy programme of sailing events, the best date available was Friday 13th. September 2013. One wouldn’t want to be superstitious!

On the night of the race, there was absolutely no wind. None at all. All the competitors in boats without engines had to paddle really hard to get to the starting area in time- which, thanks to Dun Laoghaire Acting Harbour Master Simon Coate who had given permission for racing in the harbour, was located in the harbour between the marina entrance and the HSS berth. Despite no tidal flow in the harbour, and being a pursuit race with staggered starts, all the competitors hogged the start line. The first boats crept over the line at an agonizingly slow pace. Was it a beat? Nobody knows, as there was not enough wind for the direction to be ascertained.

Vincent Delany the PRO elected to lay a short course, around the Dublin Bay sailing Club Harbour Mark and back into the harbour. It was the shortest possible race. Would the competitors be able to cover one mile before dusk? A spare turning mark was held in readiness at the harbour mouth.

Then it happened, without warning a 10 knot breeze came in from the north-west, resulting in a fast reach to the first mark. Suddenly the 24 competitors were traveling at speeds which would turn the handicap system on its head. The Squibs reached the  Harbour Mark within about 10 minutes of the wind arriving. There was no opportunity to lengthen the course. The poor RS800 had not started yet. Spinnakers were hoisted and a bunch of Squibs all finished together along with the Vago and IDRA 14 some 10 minutes later.

After racing a dinner was held in the Royal St George followed by the prize giving.