Any photos? Please send your Sailing Photos to sailing@rsgyc.ie

Many thanks to all RSGYC Club Members who participated in the RNLI Reindeer run on Sunday, 6th December in Marley Park, supporting the RNLI.

A selection of photographs from the Junior & Youth Dinner and Prizegiving 2015. A wonderful night was had by all. 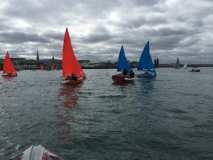 Pictures from the Volvo Dun Laoghaire Prizegiving held in the National Yacht Club on Sunday, 12 July. Commodore Justin McKenna had the pleasure of presenting numerous trophies to Royal St. George Members. Thank you to John O'Reilly for the images. 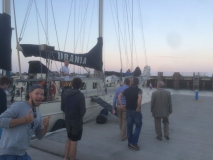 A selection of photos from the RSGYC Brittany Cruise 2015

The Royal St. George hosted its principal annual event, the George’s Day Dinner & Awards on Saturday, 25th April. As part of the evening's proceedings, Commodore Justin McKenna awarded the Jameson Trophy, the Club’s premier trophy which is presented for outstanding contribution; this year’s recipient was Member Robin Sykes. It was a night to remember and a fitting celebration of the great accomplishments of our Members. 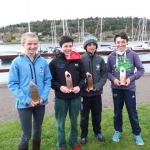 The RstGYC had a hugely successful showing at the ISA Youth National Championships 9th to 12th April in RCYC. There were four days of intense competition with conditions varying from light and shifty to squalls of 25 knots and as always in Cork Harbour, challenging tides. For George sailors, however, this just allowed them to put all the hard training hours done over the winter into practice and boy, did it pay off. Many congratulations to all the Club's sailors who took part.

A selection of photographs from the Junior & Youth Dinner and Prize- giving a wonderful night was had by all. 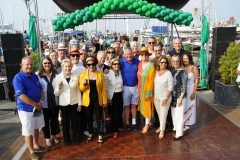 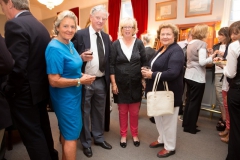 The Royal St. George Yacht Club is delighted to be the 2013 recipient of the Mitsubishi Motors / ISA Sailing Club of the Year. The presentation of the famous Ship’s Wheel Trophy was made by Frank A. Keane, Chairman of Mitsubishi Motors Ireland and Niamh McCutcheon, President of the ISA (Irish Sailing Association) to the Commodore, Liam O’Rourke in the Club on the 3 July. 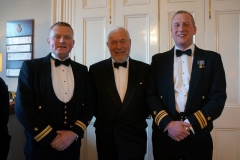 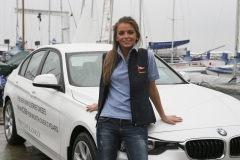 The Club's Annual St. George's Day Dinner took place on Saturday, 21st April; a wonderful occasion when trophies are awarded and Members & Guests, including Commodores from our fellow Clubs, join together to celebrate all that is great about the Royal St. George Yacht Club. 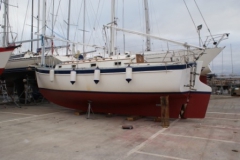 The season kicked-off early this year with Lift-In taking place on Saturday, 31st March. Thanks to all the volunteers and Members who helped to get all the boats successfully and safely lifted-in before the Leinster vs. Munster match began! 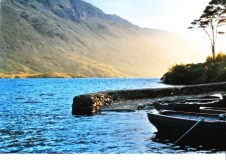 A huge thank you to all involved who have helped in the Club refurbishments!

A selection of images from the George Boathouse's latest restoration project

A selection of images from the night. Courtesy of Gareth Craig of fotosail.com

A selection of images from Des Cummins, Drewry Pearson, Finn Lyden, and Des Thorpe's talk about the Atlantic Rally for Cruisers ARC 2015 and the participation of the George yacht Alpaire HR 48. We hope you all had a great night! Images courtesy of Vice-Commodore Michael Pomeroy 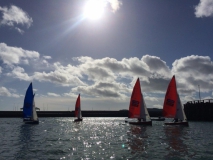 A selection of images from the RS Eastern Championships which were held in the Club this April!

Sea Squirts are our youngest group, starting from 6 years old. No experience is required to join this group - just a sense of fun! The aim of this group is to build confidence in and around the water and is a great way for juniors to take their first steps towards a lifetime of sailing.

A great day of sailing and celebrations took place as sailors from your Club and the UK raced in the Millennium Bowl and celebrated the Firefly 70th Anniversary!