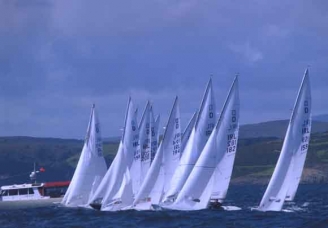 The Dragon was designed by Johan Anker in 1929.

The original design had two berths and was ideally suited for cruising in his home waters of Norway. The boat quickly attracted owners and within ten years it had spread all over Europe.

In 1937, the Gold Cup was presented to the class by the Clyde Yacht Club Association. This quickly became one of the principal championships in the class and a prestigious trophy in the world of competitive yachting.