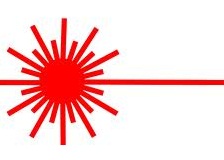 The 2015 Laser circuit kicked off with the traditional Munsters event in Baltimore.

Summer arrived right on cue along with 113 Lasers in the 3 rigs. The RStGYC team was smallish this time for the first event but several competed well without quite making the podium finishes.  That’s what you want early season though; plenty of potential and motivation to improve. Anyway, plenty of Easter Eggs and delicious pints in Bush’s for the Ma’s and Da’s to make up for lack of silverware this time.

In the largest fleet of 37 4.7s we had Henry Higgins and James O’Clonnor.  Henry launched a new boat, notched an excellent 2nd place in race 4 and came a very encouraging 7th overall. James O’Connor launched a new hairstyle and improved throughout with a super top ten finish in the last race.

Amongst 34 Radials we fielded a strong duo of Patrick Cahill and Mark Bolger. Fourth and eight overall respectively was excellent but Patrick was left reflecting on a mediocre Saturday because he simply dominated proceedings in this hot fleet with a 1,2,3 on Sunday.

In the Standard rigs we had 4 boats and Dan OBeirne in his Daz blue  Aussie Laser competed well after his stint in NZ recently, finishing 7th overall.  Luke Murphy sailed well too with several top 10s and was unlucky when the points classification left him only 14th overall, just ahead of 3rd Master overall, Rob the Silver  Fox Cahill who displayed cunning in plenty of races. Final squad member Sean Craig had his most productive moment penning this report and combined two OCSs with a second day spent sailing (or sloshing more accurately) with no bung in the back of the boat.  It was stolen the night before but still a salutary lesson for us all to check this rather integral piece of equipment.