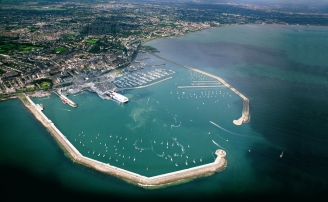 Please choose the points you wish to make and let the Harbour Company know your views by 5pm on Monday 13 April.

Justin McKenna, the Commodore opened the meeting with a welcome to the Members and advised them that he had submitted his resignation from the board of the Harbour Company, with immediate effect. He then proceeded to present an overview of the DLHC proposals for the new cruise liner berthing arrangements inside the harbour.
This was followed by an open session from the Members. Here is an abbreviated selection of the contributions from the floor:

Please choose the points you wish to make and let the Harbour Company know your views.

Observations or comments can be submitted by email to info@dlharbour.ie or by post to Jean Finnegan, Dun Laoghaire Harbour Company, Harbour Lodge, Crofton Rd, Dun Laoghaire, anytime up to 5pm on Monday, 13th April 2015.

Please read the provided links, including the letter from the Commodore to the Cruise Stakeholders Group