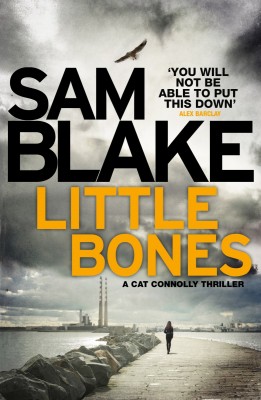 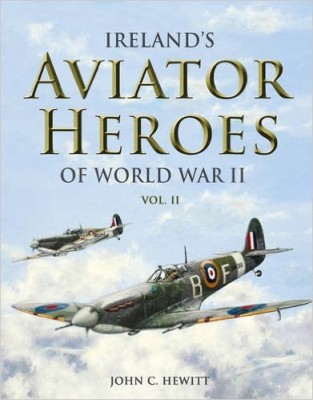 The Royal St George has always had a close affinity with the world of books, through its own book club and the stunning reading room, but also through the many books and author events it has hosted with the Mountains to Sea Festival, Irish PEN, Writing.ie and Books Ireland. Now the Club is set to see the launch of two exciting but quite different books.

On April 19th, John C Hewitt will launch his landmark collection Ireland’s Aviator Heroes Volume 2. Having spent 40 years meeting and interviewing the Irish airmen who flew with the RAF during the Second World War, this beautiful collection is a piece of history.

John has painstakingly and extensively researched individual stories through interviews with the surviving subjects and their families and using the original log books and service records of the men. Many of the stories contain details of the individuals’ participation in important wartime campaigns, although others are limited to war service records due to a lack of surviving information. Above all this book celebrates the great courage and sacrifice demonstrated by these Irishmen during their contribution to the Allied war effort against Nazi Germany, her western allies and Japan. Many of the men included paid the ultimate price for their participation. The book is illustrated with many photographs, some taken by the subjects themselves.

Excitement too grows for the launch of Club member Vanessa O’Loughlin’s debut crime novel Little Bones, the first in a trilogy written under the pen name of Sam Blake and published by Bonnier’s Twenty7 imprint. For fans of Alex Barclay and Niamh O’Connor, Little Bones introduces Cathy Connolly, a kickboxing champion who at twenty four is stationed in Dun Laoghaire and set for a glowing career.

When Garda Cathy Connolly is called to investigate a routine break-in, she’s horrified by a grisly discovery: a vintage wedding dress, the hem lined with a baby’s bones. The case quickly escalates when the dress is connected to top Dublin fashion magnate Lavinia Grant – who has died that very day. The initial evidence suggests natural causes; Cathy suspects otherwise.

The investigation pairs her with O’Rourke, an old friend from the force with whom she has a past. Normally Cathy would welcome his support – but she’s nursing a secret of her own, which becomes all the more difficult under his watchful gaze. However, she can’t afford to become distracted. An infamous Las Vegas gangster has arrived in the city, leaving two bodies – and a buzzing FBI investigation – in his wake.

This cold case is about to become very hot indeed . . .

‘Instantly gripping, perfectly paced, and filled with a brilliant cast of characters, led by the utterly likeable and relatable Detective Cathy Connolly . . . from the murky depths of these buried secrets comes an ending that truly shines.’ – Alex Barclay

Join Shane and Vanessa O’Loughlin and Irish State Pathologist Professor Dr. Marie Cassidy to celebrate the launch of Little Bones on 19th May at 7pm.

Both books will be in bookshops, or preorder up your copy online here: