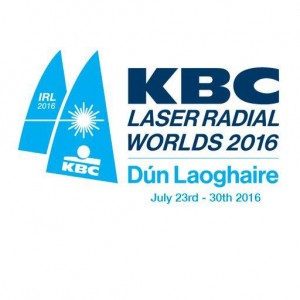 KBC Bank Ireland has announced its title sponsorship of the ‘Laser Radial Youth and Men’s World Championships 2016’. This is the first time this sailing World Championship will be hosted by Ireland and supported by KBC Bank.

The 2016 ‘KBC Laser Radial Worlds’ will be held in Dún Laoghaire harbour from 23rd to 30th July 2016. Up to 400 competitors from more than 35 nations will compete in the World Championship series supported by over 1,000 supporters and volunteers from the local area. The event is expected to generate approximately €2.5m for the local economy.

Aidan Power, Director of Customer, Brand and Marketing at KBC Bank Ireland said, “KBC Bank is delighted to announce our title sponsorship of this world-class championship sailing event in Dún Laoghaire. As Ireland’s newest retail bank, we are passionate about the communities we live and work in and our sponsorship celebrates Dún Laoghaire’s vibrant sailing community on the international stage. It’s an exciting event that will showcase the skill and determination of the competitors, and KBC’s commitment to supporting community and youth initiatives. We look forward to a fantastic week for all involved”.

Welcoming KBC Bank Ireland’s involvement David Kelly, Chairman of the Laser Radial Worlds 2016 said, “We are delighted that KBC has come on board as title sponsor of this event. It is a significant achievement to be awarded the opportunity to host these Laser World Championships – it is a first for Ireland and we sincerely thank KBC for their support. Our goal is to make this event a successful and memorable occasion for competitors, volunteers and the local community in Dún Laoghaire”.

The ‘KBC Laser Radial Worlds’ are being hosted by The Royal St. George Yacht Club and Dún Laoghaire Harbour Company, supported by Dun Laoghaire Rathdown County Council and Fáilte Ireland. Ireland follows in the footsteps of Canada in 2015 and Poland in 2014 to host this prestigious event.

Be sure to follow KBC Laser Radial Youth and Men’s World Championships 2016 on Facebook @laserradialworlds2016 and also on Twitter @LaserWorlds2016 so you don’t miss any updates as they occur!