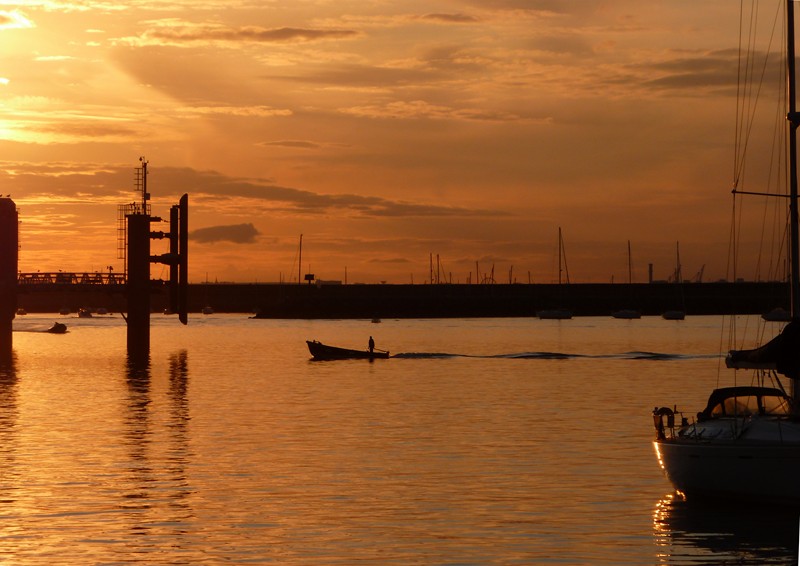 April is upon us, and very soon we will all engage in our passion for cruising. Hopefully, some better weather will support us on our way!

There will be no “big cruise” this year, as previously discussed, but we do have plans for a weekend trip to the Isle of Man. See also,  Advance Notice of a “big cruise” for 2017.

This is the weekend after the August bank holiday. We will depart Dun Laoghaire on Thursday night (or Friday morning), and return to the George by Sunday evening.
Peel has a marina for a number of years now. The Inner Harbour and Marina are accessible through a swing bridge and lowering flap gate for approximately 2 hours either side of High Water. Sounds fun and you are right in the town.

Then, a hop across to the Irish coast to, say, Strangford Lough or Ardglass, before returning to Dun Laoghaire.

If you are interested, please let me know by email to tony.linehan7@gmail.com

We will agree on the details in due course, with those who are interested in taking part. All are welcome.

Advance Notice: 2017 George Cruise to The English Channel and/or the Channel Isles.

After the success of the 2015 George Brittany Cruise, I have received many requests to organise a similar cruising adventure. Given that Members and crew have other interests and commitments, I don’t believe a “big trip” is something we should attempt every year. But maybe every second year would work.

If you be interested in a two-week cruise to the English Channel and/or the Channel Isles in 2017, please express your early interest by email to tony.linehan7@gmail.com and indicate roughly what time period would suit you best.

There will be a meeting in the autumn to agree on the details.

The George Cruisers have a reputation for quietly going about their business, with the result that we often do not know about the broad extent of Members’ cruising exploits. Please help me to draw up a record of who is doing what, by sending me a top line overview of your own cruising plans for this year i.e boat name, skipper, cruising area, key places to visit, duration of the cruise. Charterers are included.

It would be most helpful if Members would submit a short log after their summer cruise. I am saying it now, so you can be prepared when I come chasing you in the autumn. 200/300 words would be fine, and don’t forget a few nice photos.
Fair Sailing,