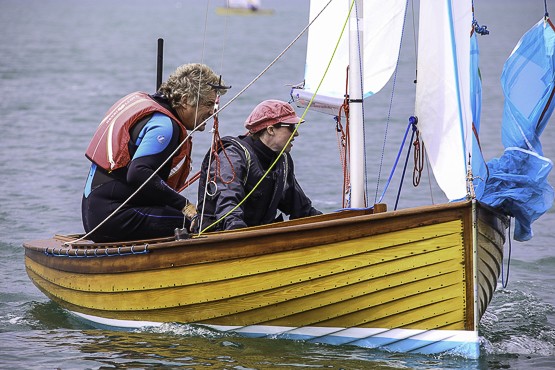 DMYC has published the prizewinners of the first King of the Bay Challenge run as part of its annual regatta in Dun Laoghaire.

The Gods looked favourably on the bay in the earlier part of the day with sunshine and light winds, influencing the PRO for the cruiser courses to set a shorter course to ensure everyone got a result, which they did.

The dinghy pursuit was a great success. Competitors noted the tragic increased as the race progressed, heightening interest, compared to the norm, and decline of traffic as competitors spread out. In the end, Starfish (IDRA 14) was the winner, followed by a bunch of Flying Fifteeens.

Starfish repeated their performance in the PY Slow race, to be crowned “king of the bay” a well-deserved effort for the travelling dinghy, which is now over 60 years old, and beautifully maintained.

The move was a change from the format over recent years, the DMYC has broken away from the combined clubs format which the DMYC considered to be a ‘Dublin Bay “Deja Vu” race’, and is offering a different format that it hope provides a novelty and encourage interest in to participation from the less competitive side of the sport. The emphasis is on ‘fun and participation’ with a less competitive element as the serious racers will be at Howth for the ICRA Championship.

Listings below are for boats that received prizes.

In Class A, boats that have an ECHO rating from DBSC racing:

In Class B, boats that did not have an ECHO rating:

In Class C, Sportboats and Dragons:

In the Glen class: 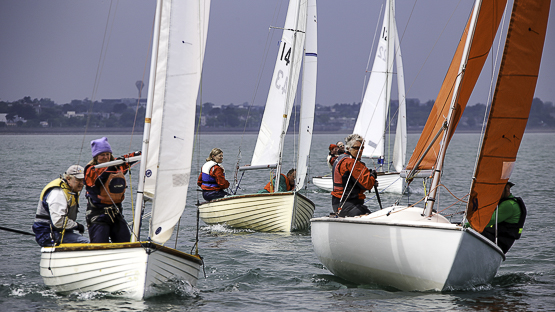 For the dinghies, two races were held – a pursuit race of 100 minutes, and a second race following the DMYC Frostbite setup, with two fleets by PY rating; Division F and Division S.

There are a large number of formats which can be used for regattas. Most split the entries up into classes, and each class sails in a different race. As a small club, the Dun Laoghaire Motor Yacht Club wanted to do things differently for its 50 anniversary regatta.

The dinghy racing was organised off Seapoint, where the tide is weaker and generally the waves smaller. Using the skills developed in running the annual frostbite, the first race was a pursuit race over approx.100 minutes, which each class was given a start time based on its Portsmouth Yardstick.

For most of the race, Alan Carr in Starfish (IDRA 14) led the fleet followed by Dart (IDRA 14). They felt that they had the winning of the race in the bag, but the Flying Fifteens were catching up very fast. After some 6 laps of the course, the time limit was achieved, so the fleet completed their round.

For race two, the format was amended. The fleet was divided into two, those above and below a Portsmouth Yardstick of 1100. With four laps of the course in light winds, the winners were.

Who won King of the Bay? Alan Carr, of course. He sailed very consistently, pointed higher than his classmates, made use of his trapeze when the wind increased. Is it time to verify the IDRA 14 Plymouth Yardship. Yes, it is, they should probably be dropped by 2 points. It is time for somebody to talk to the RYA.