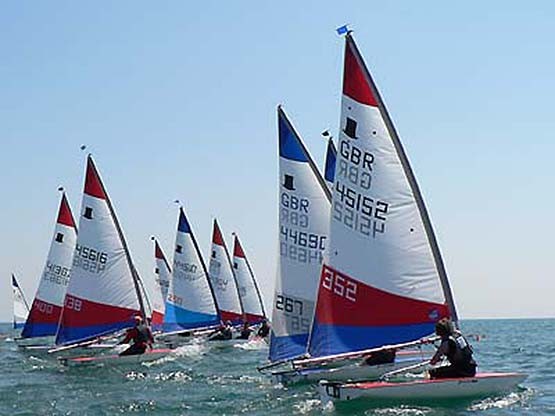 The 2016 Topper Worlds at Ballyholme from July 23rd will see a strong international fleet with a large contingent from China, but for the first time ever, the most numerous national contingent will be from Ireland. The World Championships will be held on the waters of Belfast Lough from the 23rd to the 29th of July 2016, hosted by Ballyholme Yacht Club in Bangor, County Down. It’s the first time that the Topper Worlds have been held in Northern Ireland in sixteen years – they were staged at Cushendall in County Antrim in 2000.

Bill Brassington, President of the International Topper Class Association, has stated: “The International Topper Class is extremely excited to be returning to Ireland for our 23rd World Championship in 2016. Ballyholme Yacht Club and the waters of Belfast Lough are set to provide exciting and competitive racing afloat and a friendly community ashore, which competitors and their supporters will greatly appreciate.”

The second World Championship is comprised of approximately 50 boats using the smaller 4.2m2 sails. The Intercontinental Cup will be presented to the top female sailor in the 5.3m2 fleet and an International Masters event will be held which is open to all male and female sailors over the age of 21.

There is a strong international element to the Rooster International Topper World Championships, with competitors from ten countries across four continents. China will send a team of 32 sailors to the Worlds, the largest entry from outside Europe, and the third largest country group overall in the Championships.

It’s expected that by the time racing is under way, the event will have attracted over 200 sailors who, together with their coaches, family members and supporters, will bring over 700 visitors to Northern Ireland. These visitors may be interested in touring some of the local attractions such and taking in the natural beauty that Northern Ireland provides, as the area has much to offer within easy travelling time.

The light and durable design of the award winning International Topper makes it perfect for youth competitors. In fact, the Topper is an Olympic Youth Pathway class in both Great Britain and Ireland. The average age of competitors is therefore quite young but there will be sailors of all ages competing at this year’s Worlds, with the youngest competitor being 7 years old while the oldest is 61.

Over 48,000 Toppers have been built and sold worldwide and the boat is sailed in over 50 countries. The International Topper Class is delighted that many former Topper sailors have moved on to Olympic participation. In Great Britain, five former Topper sailors are competing in the Rio 2016 Olympics: Giles Scott, Alison Young, Nicola Groves, Dylan Fletcher and Alain Sign.

Representing Ireland at the Rio 2016 Olympics will be Ballyholme’s former Topper sailors Ryan Seaton and Matt McGovern, along with Annalise Murphy and Finn Lynch, who won Silver in the Topper World Championships in 2011. Helena Lucas MBE will also be competing for Great Britain in the Paralympics.