On Saturday 4th of March, marked our Annual Oscar Sailing Awards. The evening is dedicated to our members who are recognised for their sailing achievements throughout the year, and their contribution to the club. With the Red carpet laid out, Prosecco flowing, members young and old dressed for the occasion, and enjoyed a memorable Black -Tie and Galla dinner.

The topic of conversation were the nominees and suspected winners, but among those were announcements of the arrival of the club’s new Committee Boat, our 3 new Tornado Ribs, the upcoming Anglesea Cruise 2017 (More on this to follow) and the Laser Master World Championships, an event which we will have the honour of hosting in 2018. More here: P Point presentation Final 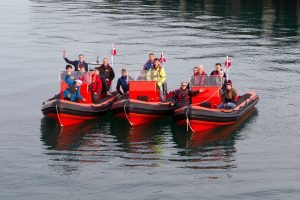 Award Categories were as follows

Congratulations to the following Award Winners.