Michael O’Farrell lands in the RSGYC having completed an anti-clockwise solo kayak circumnavigation of Ireland to raise funds for the RNLI and Pieta House.

He started on the 1st of May which coincided with the RNLI’s ‘Mayday’ fundraising day and just a few day’s before the ‘Darkness Into Light’ nationwide event organised by Pieta House. 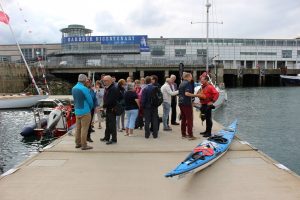 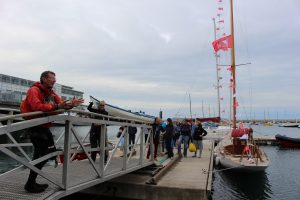 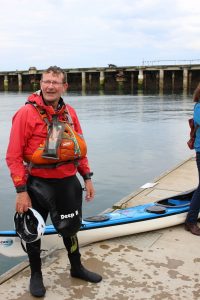 Michael has more than 30 years river and sea kayaking experience and an Ireland circumnavigation is a challenge he has relished for some time. He ensured he was as safe as possible,  carrying PLB, radio and flares, and has maintained contact with the Coast Guard throughout the trip. On a number of occasions fellow club members from the East Coast Sea Kayak Club, based in Dublin, accompanied Michael on parts of his journey.

Michael shortly completed the last leg of his circumnavigation from Carnsore Point to Dublin. And was on track and finished up at Dun Laoghaire around 6 pm on Monday 10th July.

Michael received considerable support from relations, friends, work colleagues, former colleagues and kayakers (including some who have previously paddled around Ireland). The RSGYC were delighted to welcome him ashore after his epic voyage where he received a great  homecoming from family, friends, and supporters following the last leg of his journey from Greystones. 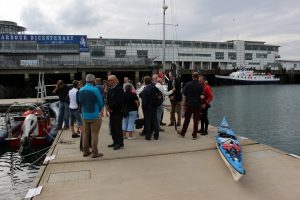