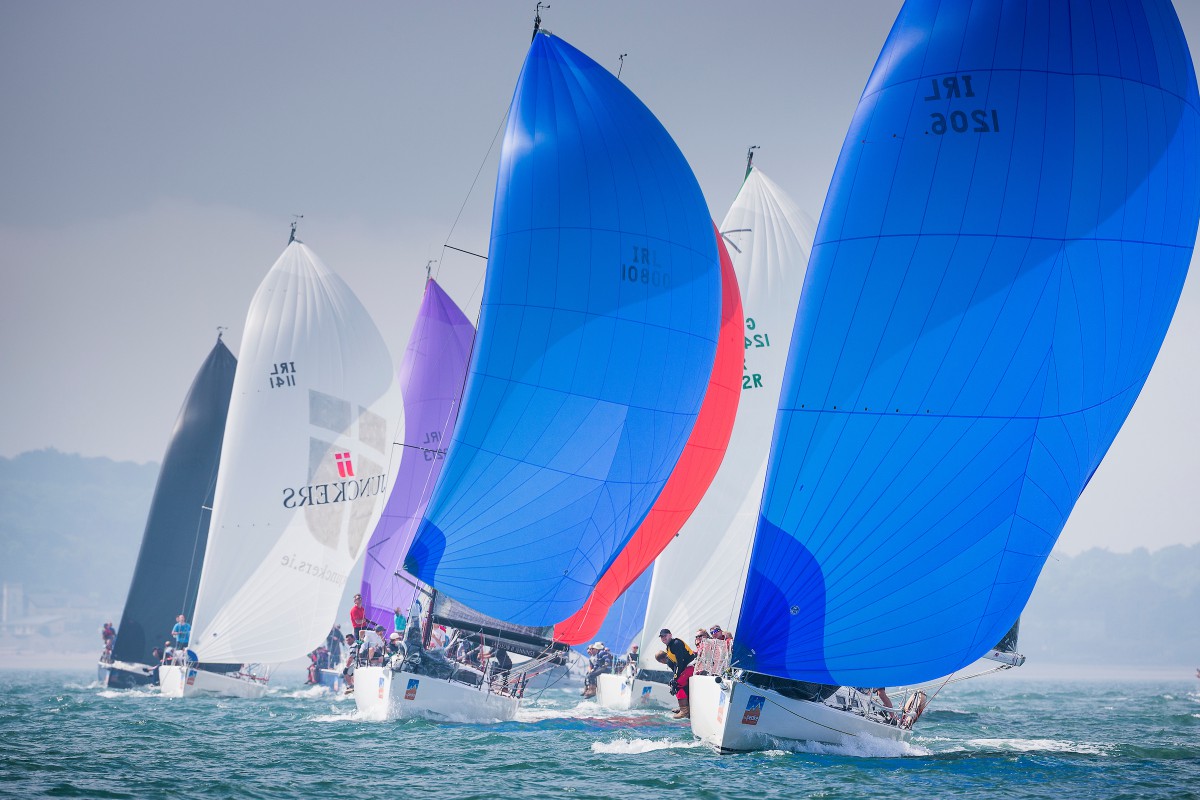 The three day Championships being held in Dun Laoghaire will comprise of four fleets accommodating offshore, traditional and white sail racing. Each fleet will get its own race areas with race management lead by International PRO David Lovegrove ensuring great racing for all.

Back on shore, there will be a lively social programme, the renowned Royal St. George Yacht Club welcome and hospitality for all.

‘’The Royal St. George Yacht Club is delighted to be hosting the ICRA National Championships and Corinthian Cups and to welcome sailors from around the island of Ireland and internationally. Together with ICRA and a large team of Royal St. George Yacht Club volunteers, we look forward to creating an environment for enjoyable and competitive racing for these prestigious Championships.

ICRA and the Royal St. George Yacht Club have worked hard to create a format of World Class racing that sailors want.  We believe in particular, that the addition of the offshore/coastal series for class 0 and 1 and the creation of 2 non-spinnaker classes will provide suitable racing for all classes of boat and crew preference.

There is an increased focus on U25 crews with an U25 prize category, as well as prizes for all female crews.

To achieve this, there may be four fleets and race courses as outlined below:

Notice of Race and online entry are now available on the event website, with early entry discount available for entries received online by March 15th.

With the Dun Laoghaire to Dingle race taking place the following week (12th June), there will be a limited number of complimentary visitor berths available from Sunday 9th of June for yachts competing in both events.

We are all very excited to have you sailing with us in this great event.

On behalf of ICRA:

“It’s been truly impressive to see the Royal St George event management team kick into action. The 2019 ICRA National Championships are certainly going to benefit from the Club’s experience running major international regattas over the last few years. It’s great to see the level of co-operation there is between the Dublin clubs and in particular we’d like to thank DBSC for making space in their traditional calendar for us.

As well at top class racing, we’re putting a lot of focus on the social side, making sure that everyone is well fed and watered as soon as they come ashore and have chance to relive the day’s events into the evening. We have some great prizes lined up care of North Sails, UK Sails, Rope Dock, Racegeek, Dubarry of Ireland and Viking Marine.

Everything is set for an event to remember.”