The Awards are a celebration of the Royal St George Yacht Clubs Sailing Achievements of 2018, and of the members of the Royal St George Yacht Club.  All winners are congratulated by the Sailing Committee in recognizing them as RStGYC Sailors & Club members with significant achievements during 2018. The event was attended by over 100 people including award nominees across seven prize categories and the newly appointed Commodore, Peter Bowring and Rear Commodore (Sailing), Mark Hennessy.

The winners of 2018 RSGYC Annual Sailing Awards are:

Chris Power Smith’s  ‘Aurelia’ for an outstanding result in the Volvo Round Ireland Yacht Race winning the Class 2 Race, 3rd Overall, ISORA Award and the Team Prize with Joshua Trio. Aurelia was also top Irish boat and runner up in the ISORA Wolf’s Head Trophy Championship as well as winning the ISORA Offshore Overall Points Series (no discards), Cruiser 0 Championship and Overall Winner of the Viking Marine Coastal Series. 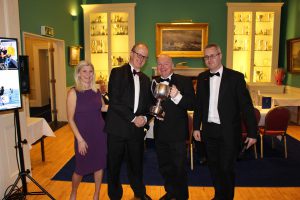 Tom represented Ireland at the Laser Radial Youth Worlds in 2018. He finished 2nd U17 and 7th overall at the Championships. 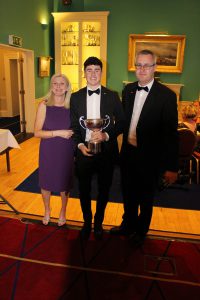 Cevantes a Contessa 32 and her crew cruised from Dún Laoghaire to South Brittany over a number of weeks, changing crew and visiting many ports. Her owner kept a log and had had it published by the ICC. 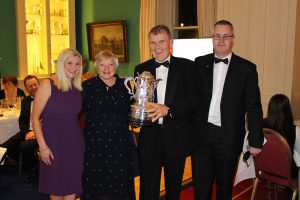 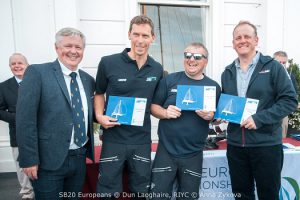 For his excellent work as laser class captain. He has encouraged many new members to the laser classes and this in turn has resulted in new club members due to the training he has organised. Every sailor feels supported and encouraged with the training sessions. Most of all he ensured that everyone has fun both on and off the water. Also he is a talented dancer/ flosser on bars!! And runs a very entertaining WhatsApp group too!! 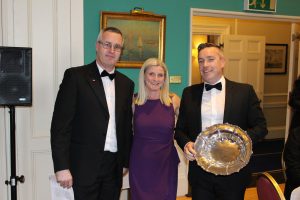 Alana had a great first year in the Laser 4.7’s, finishing with a national ranking of 2nd Overall and top girl for 2018. She won the Leinster’s and achieved podium results in 3 events and top girl in all the regionals and 1st youth lady at the Laser Nationals. In the 4.7 Youth Trials she achieved a 2nd overall and 1st girl qualifying for the ISAF 4.7 Worlds.

Alana demonstrated breath of skills across various sailing classes with a 2nd in the Waszp Nationals (1st girl), and finished 6th and 1st girl in the Junior Helmsman’s in Fireflies. Alana’s final event for 2018 was the 4.7 Laser  Euromed regatta in Malta in December where she finished  3rd overall and 1st girl. Special recognition to  Conor O’ Beirne who did a tremendous job coaching the RSGYC 4.7 group, with 4 of his sailors achieving representation on the ISA 4.7 squad at the Worlds in Poland.

Emily has had a very active and strong year in 2018 notably she was Top ranked girl in 2018 in Optimist Class, Top girl at trials in 2018 for the second year in a row – qualifying to represent Ireland at the Europeans. Top Girl at National Championships. Top 20 in gold fleet in European Championships at Scheveningen, Holland
Emily is a great ambassador for women in Irish sailing and has taken place in an interview and video with Annalise Murphy for the Sports Council of Ireland which has lead to some follow up activity with Sport Ireland. 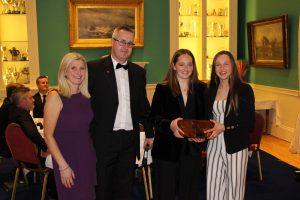 Waterfront Award (Significant Contribution to the sport of Sailing)

For a wonderful addition to the club on and off the water with the rowing and row fit classes. It has brought in new people and potential members who have brought life to dark winter evenings. John has been a stalwart of Team Racing in the RSGYC and has been very generous with his time in training the up and coming youth team racers. It should also be noted that John is single-handedly responsible for the design and implementation of our online reservation system for the booking of Club boats and courses. 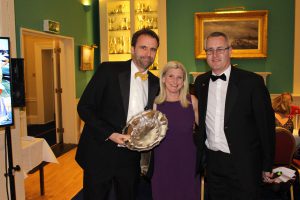 Congratulations to all winners. Well done!