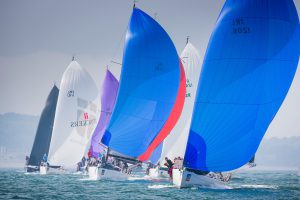 ICRA has announced a sponsor for its forthcoming national championships at the Royal St George Yacht Club running from June 6-9 on Dublin Bay.

Frank Keane BMW & Mini will be the title sponsor for the cruiser championships that is on course to field a fleet of 100 boats drawn from all four provinces.

Event Chairman Ian Simington and ICRA Commodore, Richard Colwell commented “we are honoured to partner with such a prestigious sponsor and brands. Frank Keane has supported sailing for many years and it is fitting that such huge brands team up with this major event. Whilst the focus is on racing, shoreside there will be much to entertain all participants, friends and family and the Royal St George Yacht Club has a highly inviting social programme lined up for all.

Frank Keane said “We feel very proud to be sponsoring the 2019 ICRA National Championships. It strengthens a well-established association between Frank Keane BMW and the Royal St. George Yacht Club since the opening of our Blackrock branch in 2010”. 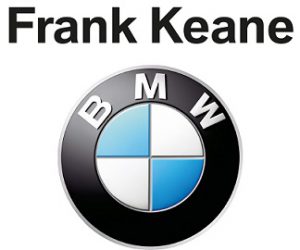