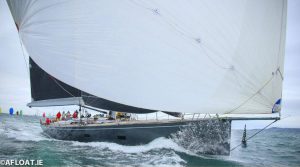 Well done to Club member Michael Cotter and his crew aboard Windfall- superb sailing and another record that will be tough to beat. 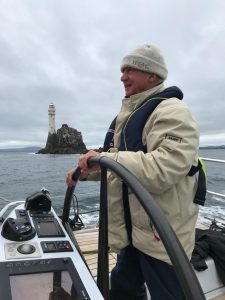 Michael Cotter in his 93-foot yacht Windfall took line honours and set a new course record on Thursday evening by 24 seconds in the Volvo Dún Laoghaire to Dingle Race.

Cotter and his maxi crew crossed the line at 18 hours 43 minutes and 21 seconds, beating his own 2009 record by just seconds.

It’s a fitting consolation for the Dún Laoghaire sailor, who earlier missed breaking the elusive sub-24-hour time barrier in a nailbiting afternoon off Mizen Head.

It was something of a rerun of the 2009 race, when Cotter missed the 24-hour barrier in another of his maxis, the 78-footer Whisper, by just 48 minutes when he set the course record of 24 hours 43 minutes and 45 seconds, a time that stood until Thursday teatime.

After passing the Fastnet Rock at 10am on Thursday, Cotter had it all to do to average 11.25 knots if he was to set the newest Irish offshore sailing record.

Fading winds frustrated him in the approach to the finish line, which meant the 6pm time limit for the 24-hour bid came and went, but the Windfall crew held on to establish the new course record that is subject to official ratification by the National Yacht Club race committee.

Click here for the latest photos and race reports from our friends at Afloat.ie

A few shots below from aboard Windfall. 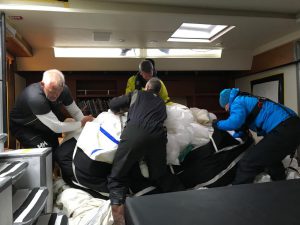 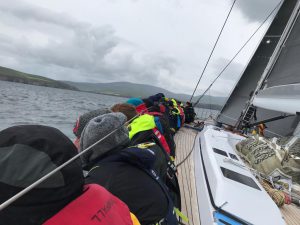 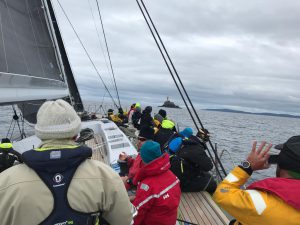 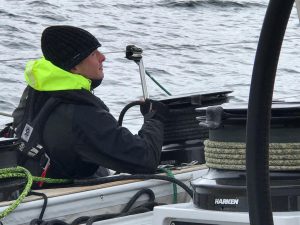 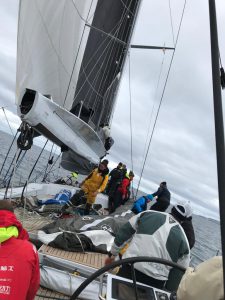 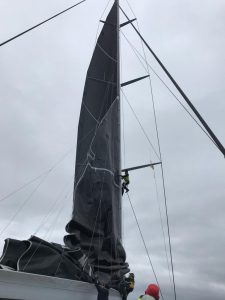 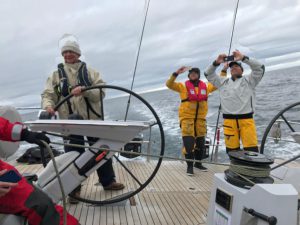