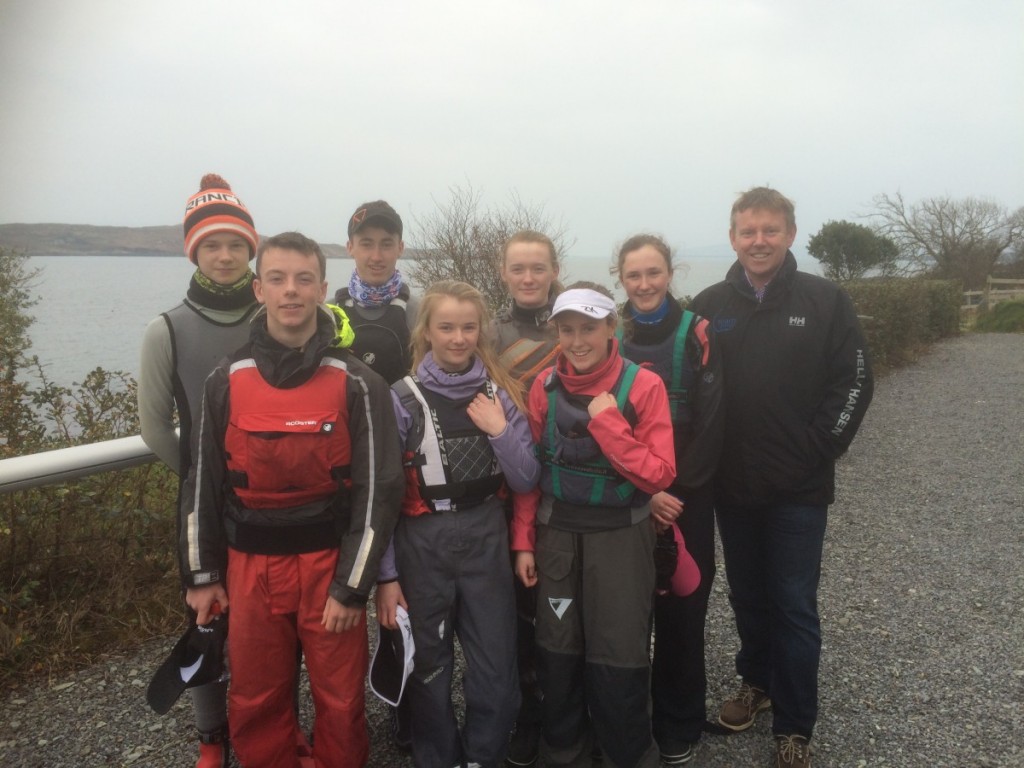 The strength of junior team racing in Ireland was on show last weekend down in Schull.

The Munster schools team racing championships was developed this year into an international invitational event. The three Munster schools were joined by school and club teams from Leinster, England and America, with a total of 15 full teams.

Our team was the same as the youthful George team from the inaugural Elmo Trophy last September, with the swap of Henry Higgins for Kate Lyttle. All of us current Laser or 420 sailors, and all past Feva sailors, we knew how to sail fast, but our team racing tactics and rules needed work. We did a couple of training days, with coaching from our Bainisteoir, Andrew Tobin, assisted by general handy-man Conor Little. We arrived down a day early for some training, in champagne conditions. It helped us to hone in on some of the finer points of team racing such as mark traps and passbacks.

Sailing started early on the Saturday morning, and we were placed in a pool with seven other teams. We had some solid wins as well as a couple of close losses and made the gold league for the afternoon. We started poorly with losses to Tabor Academy and Oxford but bounced back with a really close race against Cape Cod Academy, one of the top-ranked high school teams in the USA. After leading most of the race we lost on the line bias. The dinner and Céilí on Saturday night was enjoyed by everyone.

Sunday started with disappointment as we narrowly lost to the home team Schull Sharks. We held off their assault on the start line and it wasn’t until the last beat that they secured a winning combination. After this defeat and a loss to Pres Cork, we were relegated to silver, where we won all our races but one.

We were easily the youngest team there and it was a great learning experience. We were as fast as anyone, and with a small bit of work we would be able to compete to win at such events. There’s plenty of other events on the horizon and we look forward to growing youth team racing in our club, schools, and country. We would just like to thank the support of the club, in particular, Ronan Adams who has facilitated us patiently.